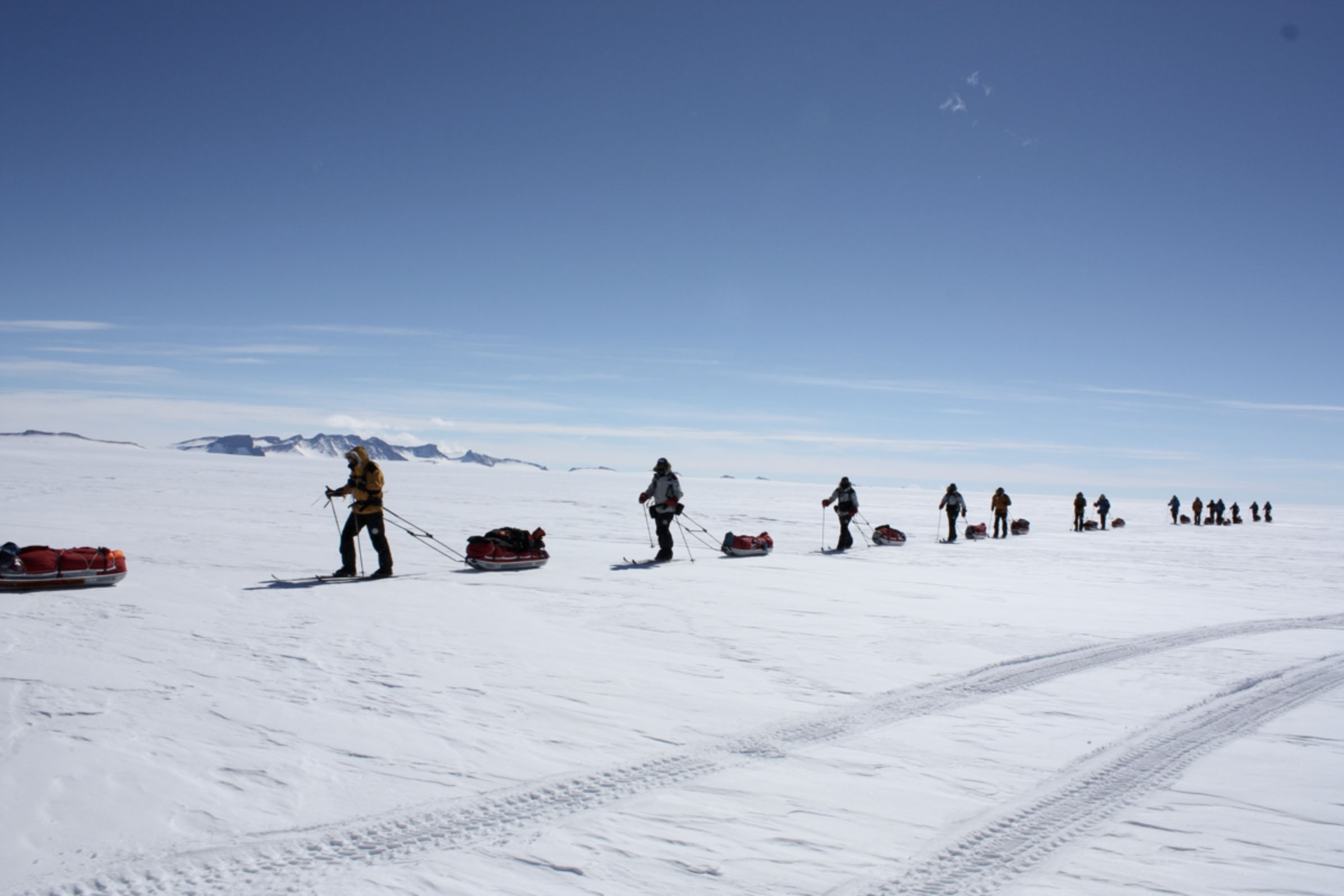 To follow up the North Pole Challenge, Arctic Trucks took on an extremely challenging expedition to providing support for a ski race documented by the BBC. The program was called “On thin ice”,  starring Ben Fogel and James Cracknell, and the goal was to cover a ski race between 7 teams, the last six and a half degrees to South Pole. Before the race started, Arctic Trucks supported the teams and film crew during the acclimation phase through the mountains and onto the plateau.

Since then this has become a common route for Arctic Trucks to the South Pole, but at this stage this route had never been driven before, which made everything more uncertain. It’s not like you can call 911 for rescue in this place!

To be able to deliver the required support, we undertook a task that would have taken the bigger national Antarctica programs years of planning and at least two seasons to finish. The framework we had to work with was generally believed to be impossible at this time.

Arctic Trucks performance during the Top Gear Magnetic North Pole expedition made Tony Martin, the organizer of the event, decide to place his trust in Arctic Trucks to accomplish this big task. He was backed up by Alexey Truchin, the director of TAC and his team.

One of our biggest uncertainties was how the vehicles would perform on the plateau, at altitudes between 2600 and 3400 meters. We did not know what kind of snow we would find there, how the engines would cope with the high altitude and how the drive train and tyres would perform in the extreme cold. We had to deliver fuel capacity for driving 1.600km and running short of fuel was not an option. We also knew that the more we loaded the vehicles with fuel and equipment the higher the fuel consumption would be, up to the point when the vehicles would simply not be able to float on the snow. We had to decide on what spare parts to bring and what to leave behind. Jet 1A fuel was the only option and we had very limited time to test additives and engine performance. Finally we decided on a figure that each vehicle would need to take a load of 2800 kg, of which 1500 kg would need to be loaded on the car and 1300 kg on a trailer.

To deliver floatation and traction with this weight we clearly needed the AT44 setup. The Toyota Hilux is designed for an 800kg payload but we had to consider how the strength of the raw metal fabric of each vehicles decreased as the temperature falls. It was obvious that we had a big design challenge on our hands.

Additionally, we would have to cross a very dangerous zone to access the high plateau, the glacier that moves through the Shcerbakov mountain range is highly crevassed with wide and very deep crevasses undetectable from above.