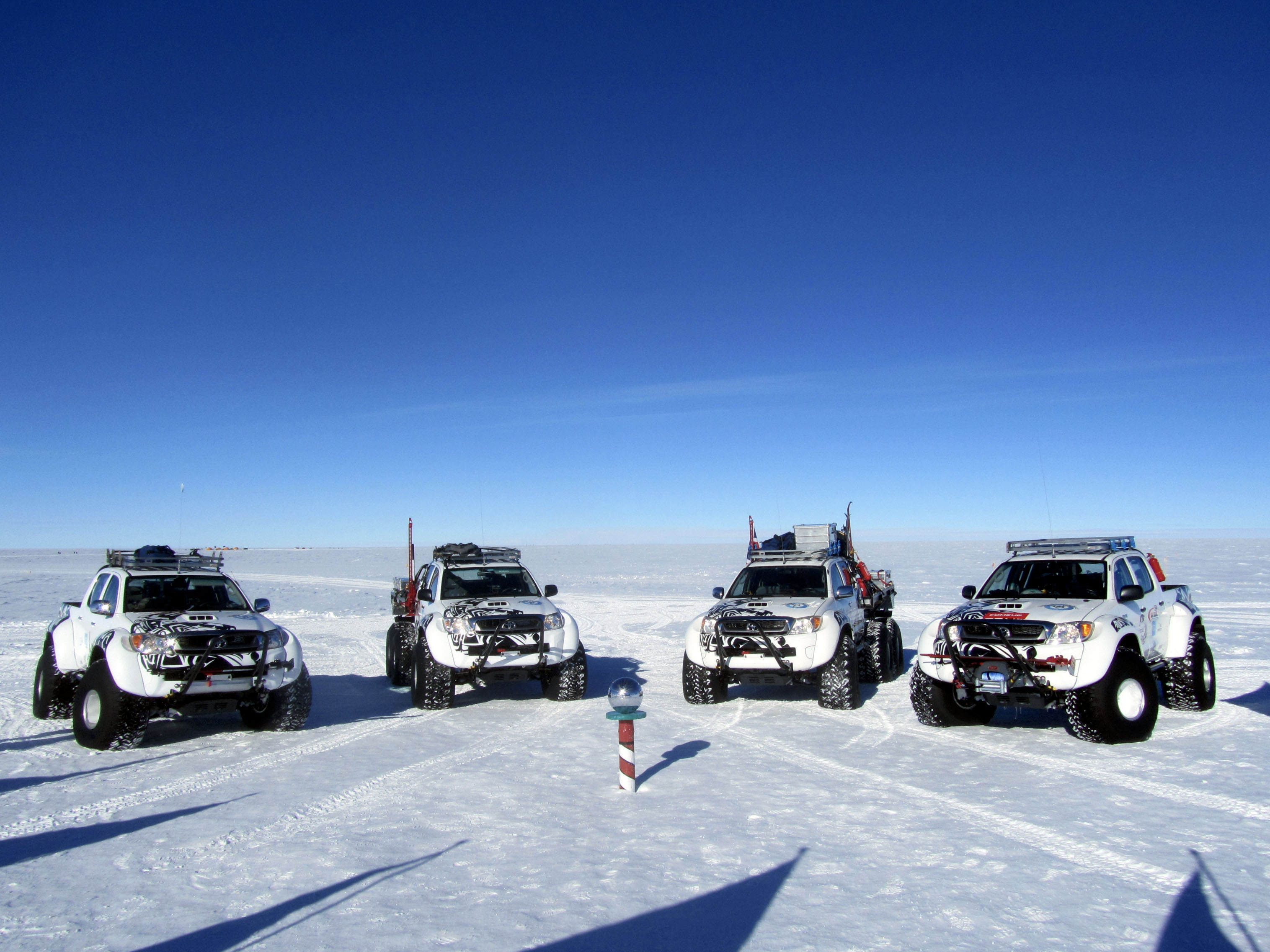 On the 14th of December 1911 Roald Amundsen and his Norwegian team were the first people to reach the South Pole. Shortly after on the 17th of January 1912, Scott and his teammates arrived at South Pole after a very difficult journey only to find Amundsen had beaten them to it.

Now 100 years later EWR set up a competition between 7 teams, to ski the last 7 degrees to South Pole. The first task was to carry out acclimatization skiing 100km through the Shcherbakov mountain range. Supported by 5 AT vehicles and the AT team and EWR, plus TV crews. 3 vehicles then continued to FD83 while 2 vehicles supported the last leg and waited with the teams for a TAC flight to arrive and take the teams to FD83. Included in this was the BBC Blue Peter team.

When the car team arrived at FD83 the team that was to support Blue Peter was already there.

The seven ski teams arrived with two Basler flights and the race was started 4th January. During the first days the distance between the first and the last ski team became 80 km and became longer every day. One vehicle from the Blue Peter support team was moved to the ski race support and the ski race support was split into two teams, front and rear, with two cars in each. As the distance between the teams continued to increase, the vehicles picked up the last teams and moved them forward to keep everyone at a safe distance for support. People pushed themselves extremely hard and in a few days a medivac flight had to be called in for one skier.

As in the race 100 years earlier the competition quickly focused around two teams, one from Norway and another from UK (Wales). On a checkpoint mid-way to South Pole it was though clear that the Norwegian team already had a big advantage, moving incredibly fast, having perfected the camp routine, water melting and food intake down to saving seconds, giving them 18 hours of skiing every day. This got them to the South Pole on the 16th January, an incredible one week ahead of team number two.

As the support crew waited for the last teams to arrive at South Pole, three vehicles were sent back to Novo airbase to prepare a camp there for the competitors when they would arrive with flights back from South Pole. The drive back for these 3 vehicles took less than 4 days, moving over 600km per day on the average.

The last vehicle waited at the Pole together with the Blue Peter support until all competitors had been flown out and the returned to Novo airbase.