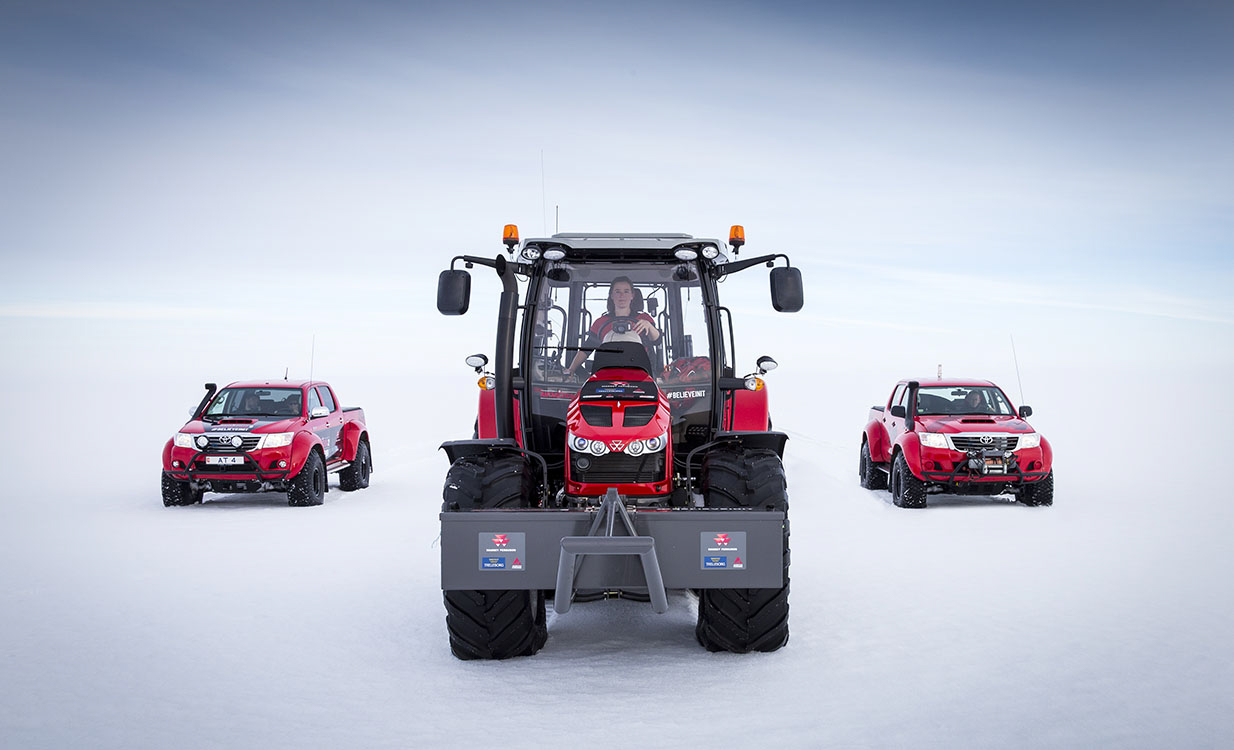 In 1958, Sir Edmund Hillary took on the brutal conditions of Antarctica to journey to the South Pole – and he did it using Ferguson tractors with belts. It was the first time anyone had reached the Pole using motor vehicles.
Over half a century later, Massey Ferguson decided to undertake another expedition to South Pole driven by Manon Ossevoort (also known as Tractor Girl).  They turned to Arctic Trucks for expertise expedition support, training and the re-engineering of the tractor.