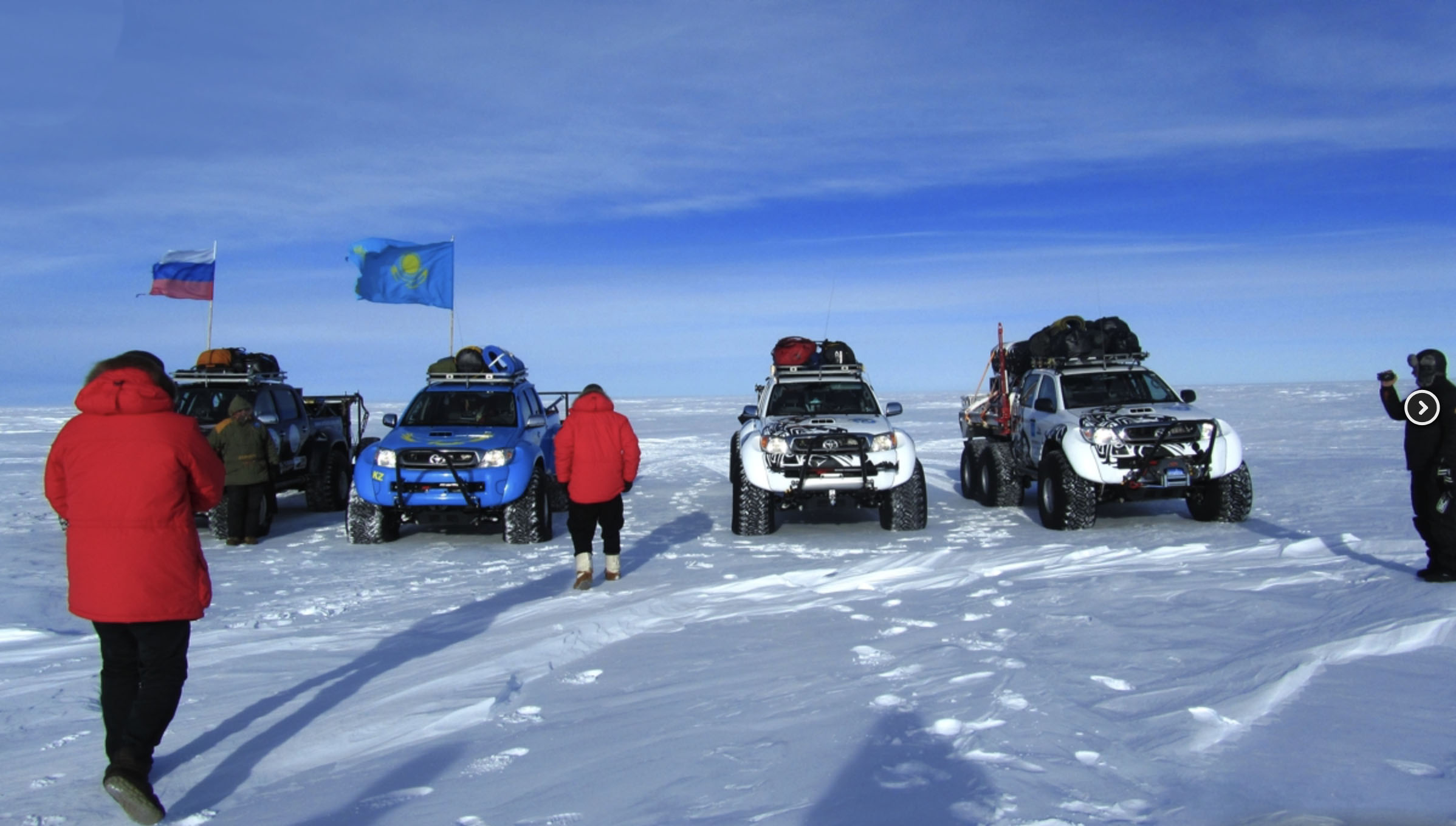 The second expedition of the 2010-11 season was for the Kazakhstan National Geographic Society, KNGS. It was organized by KNGS and The Antarctica Company (TAC).

KNGS had already bought two AT44 Hilux’s from Arctic Trucks and planned an expedition to the South Pole the following season on the 100th anniversary of Amundsen and later Scott arriving at the South Pole. This expedition was intended for them to test the vehicles and equipment. Using one of their own AT44 Hilux and one of the original AT44 Hilux, Hlynur Sigurðsson from Arctic Trucks together with Andrey Myller from ALCI and Konstanttin Orlov and Standislav Makarenko from KNGS, took off from Novo airbase early December, heading for the fuel depot at 83 degrees. Being light weight and following the already established trail the driving was fast. After a good sleep and rest at 2000 meters they continued and finished the nearly 1500 km drive in 3 days. After a rest, the expedition decided to continue to South Pole and arrived there after 4.5 days, which was later recognised as a world record.

The journey back was even faster arriving back at Novo airbase in 3.5 days. Not having to carry loads for other purposes and the established track resulted in the best fuel economy on this route that Arctic Trucks had experience, 2.2 km per litre. 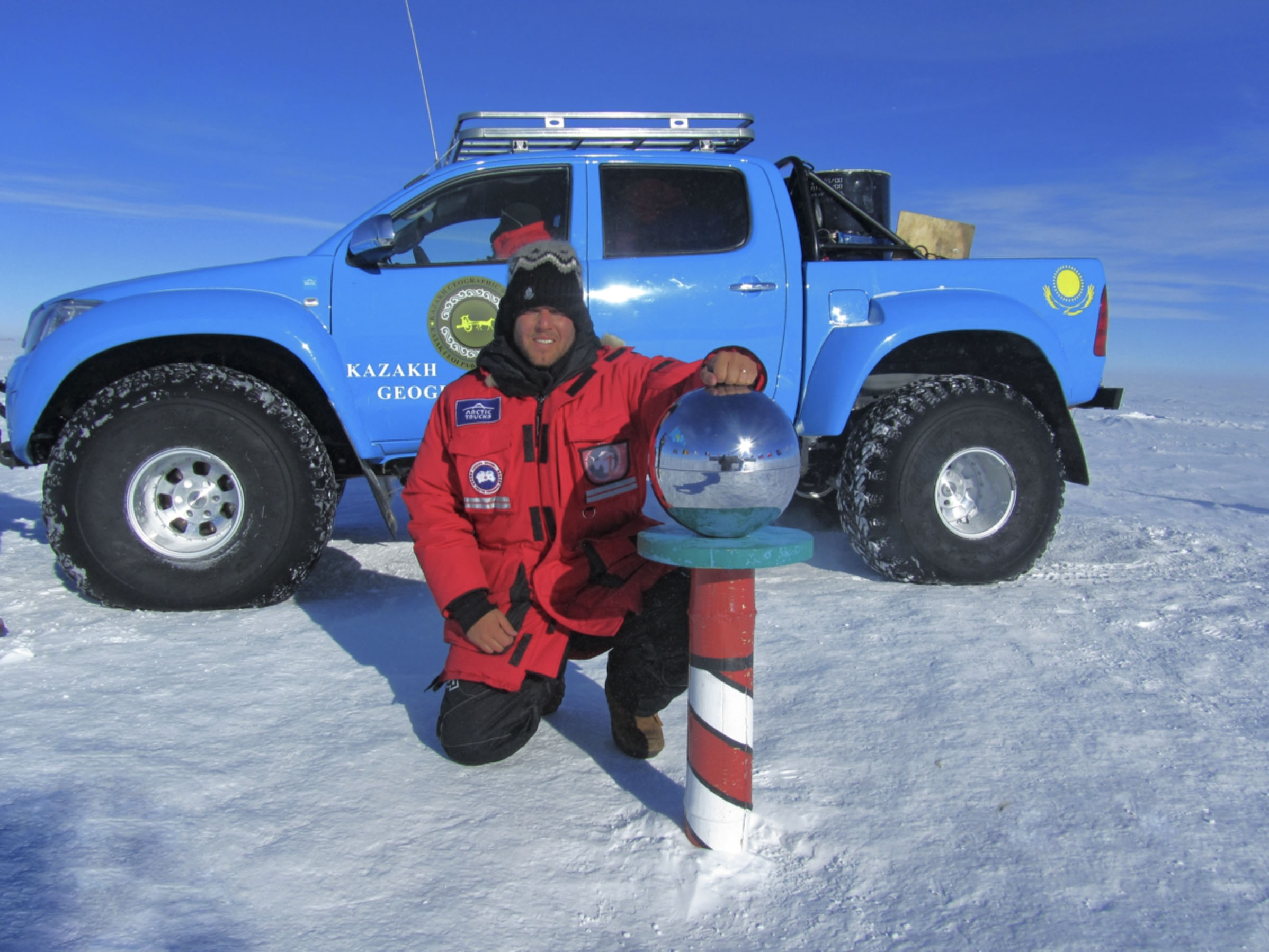