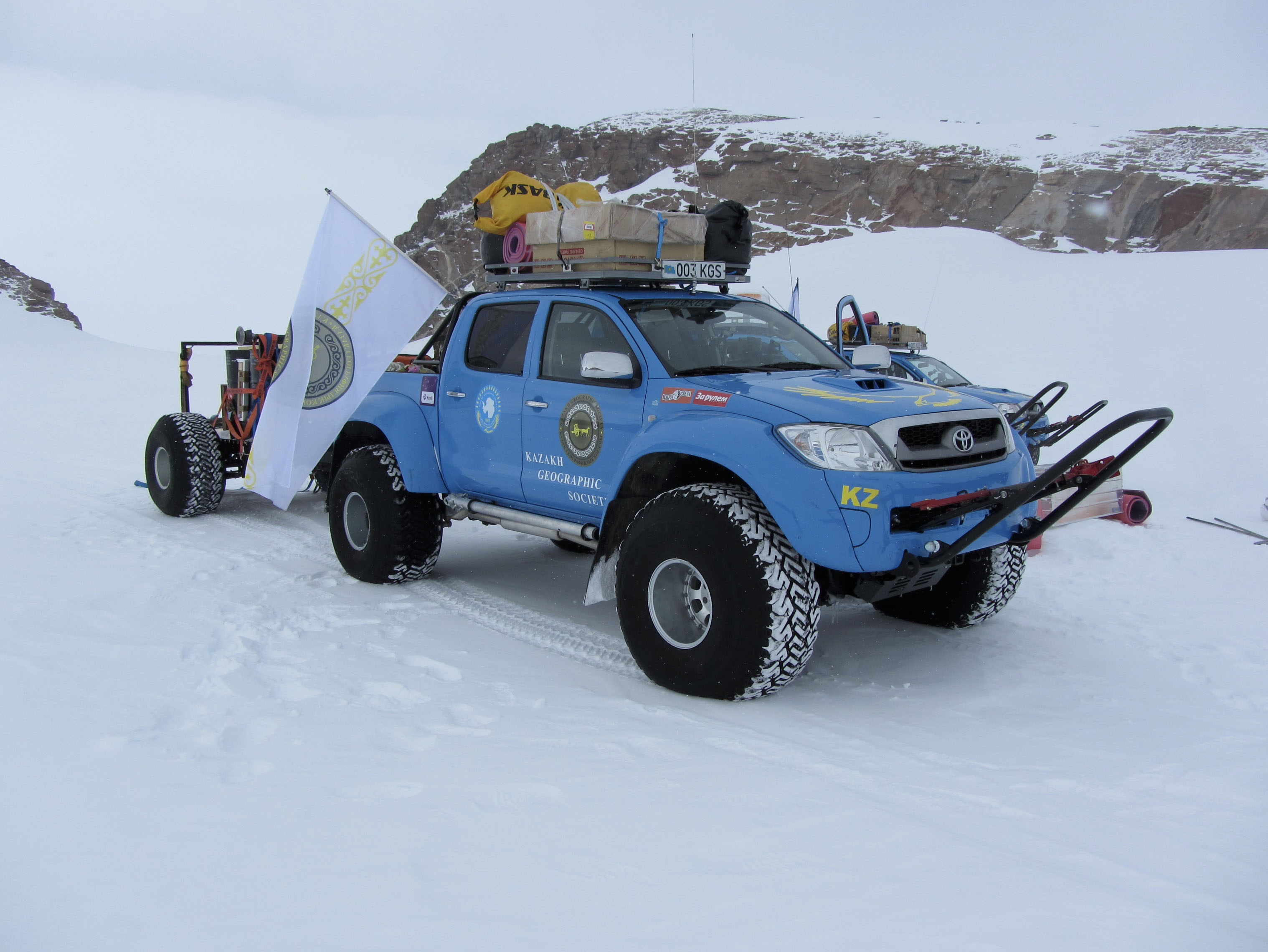 In 2010 an expedition from the Kazakhstan National Geographical Society (KNGS) team set a Guinness world record for the fastest overland traverse, driving from Novo to the South Pole, 2308 km in 108 hours in two AT44 Expedition Vehicles. On the way back the team set another unofficial record travelling the same route in only 84 hours.

At the beginning of December 2011 a larger expedition from the Kazakhstan National Geographical Society was organised, with 3 vehicles and 7 people. It took them 11 days to drive from Novo to the South Pole and on December 14th they celebrated the memory of Roald Amundsen, the first human to arrive at the South Pole, exactly 100 years earlier. On the 16th of December the team celebrated the 20 year anniversary of Kazakhstan’s independence. They returned to Novo on December 19th.

One new vehicle was introduced in the expedition: an AT44 Cruiser built on the Toyota Land Cruiser 150. This vehicle was used to test a new suspension setup with stronger components and considerably longer travel, designed to give a softer ride and more speed over rough areas.